Owner/Investment Advisor
Glenn Andrade was born and raised in Hawaii, on the island of Oahu. He graduated from Punahou School and played football on a league championship team. He also wrestled to a second place finish in the State Tournament. After high school, Glenn attended Willamette University in Salem, Oregon, where he double majored in economics and physical therapy while playing football for four years. Glenn has coached football for various organizations and at various levels over the last 20 years. He is currently the Defensive Line coach for the varsity squad at Casa Roble High School in Orangevale, California. You could say he has a love for football.

Glenn’s professional career in the Securities Industry started with EF Hutton in 1987. He has worked with several different Wall Street firms, and over the years, developed a hands on approach to his client’s investment accounts. The creation of his firm, AFS Investments, was a result of his 25 years of experience in managing client’s accounts, and more importantly, managing their expectations!

“In October of 1987, I had just returned from New York after participating in my firm’s training program, with all the eagerness you would expect from a rookie stockbroker. My eagerness was quickly turned to shock, when I witnessed the single worst down day in the Stock Market’s history. Needless to say, I started my career seeing what the market could do to investors that were more focused on return on investment, rather than return of investment!”

Annette grew up in Northern California and graduated from Hilmar High School. Currently she is very active in the Sacramento Orchid Society, an organization founded in 1947 that educates over 270 people in the Greater Sacramento Area about the advantages of growing orchids. Annette also actively plays tennis and golf in her free time.

With four adult children and two grandsons, family time is also very important to Glenn and Annette as well. 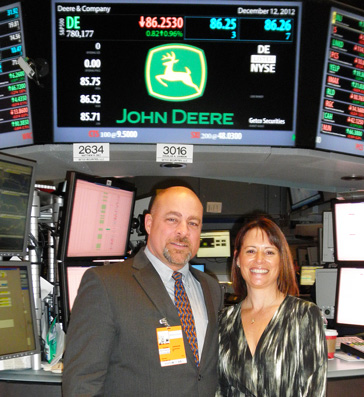